On December 12, His Excellency Ambassador James Moran, Head of European Union Delegation to Egypt, unveiled in a press conference a programme financed by the EU to improve five informal areas in Greater Cairo. The five informal areas targeted are Matariya in Cairo, Old Boulaq in Giza and Qalyub, Shubra and Khosoos in Qalyubeya Governorates.

The EU has signed an Agreement with Deutsche Gesellschaft für Internationale Zusammenarbeit (GIZ) GmbH within the Egyptian-German Development Cooperation to implement a five year Programme which will focus on improving the livelihoods of the residents in the areas.

HE Ambassador Moran said that “the Programme is in line with the Egyptian Government’s policy to improve informal areas and to address unemployment with an emphasis on helping women and youth. The Programme will be based on community needs and will be agreed with the community and participants including civil society, local authorities and the private sector who will jointly work together in a spirit of cooperation to develop the areas. The Programme is part of the €90m EU Spring Package Programme for Egypt which was recently signed by EU High Representative Catherine Ashton and Deputy Prime Minister Dr. Ziad Bahaa El Din at the end of November.” Ambassador Moran added that the EU supported the role of civil society in a democratic Egypt and in particular its contribution to the development of informal areas.

Projects to be supported through grant aid and technical support will address numerous community needs including unemployment, environment, health, education, community facilities and infrastructure in the five informal areas.

The Programme jointly financed by the EU and the German Government is part of the Participatory Development Programme in Urban Areas (PDP), which has been working in Egypt since 2004 improving informal areas and which is managed by GIZ.GIZ is currently implementing a similar programme on behalf of the EU in four other informal areas in Cairo and Giza Governorates. This is a four year programme which started in 2012.

Staff in the three Governorates, together with PDP Staff will provide technical support for the implementation of the projects.

Within the GIZ MENA Sector Network on Urban Development and Local Governance, the GIZ Participatory Development Programme (PDP) is currently assessing the environment for Civil Society Organisations (CSOs) in Egypt and in the whole MENA region (Middle East and North Africa). Therefore, selected CSOs were invited to a round table discussion on 23rd of December 2013 where they enthusiastically shared their experience of working as CSOs in the Egyptian context.

The focus of the discussion was based on the topics that might challenge an enabling and open environment for CSO operation in Egypt, such as their advocacy ability or the regulatory framework. In a next step it was analyzed how those challenges impact on the daily work of CSOs and what improvements are desired for the future.

The discussion results will serve as input to finally come up with a report to be used in lobbying for a positive change in the CSO environment in Egypt and the MENA region. 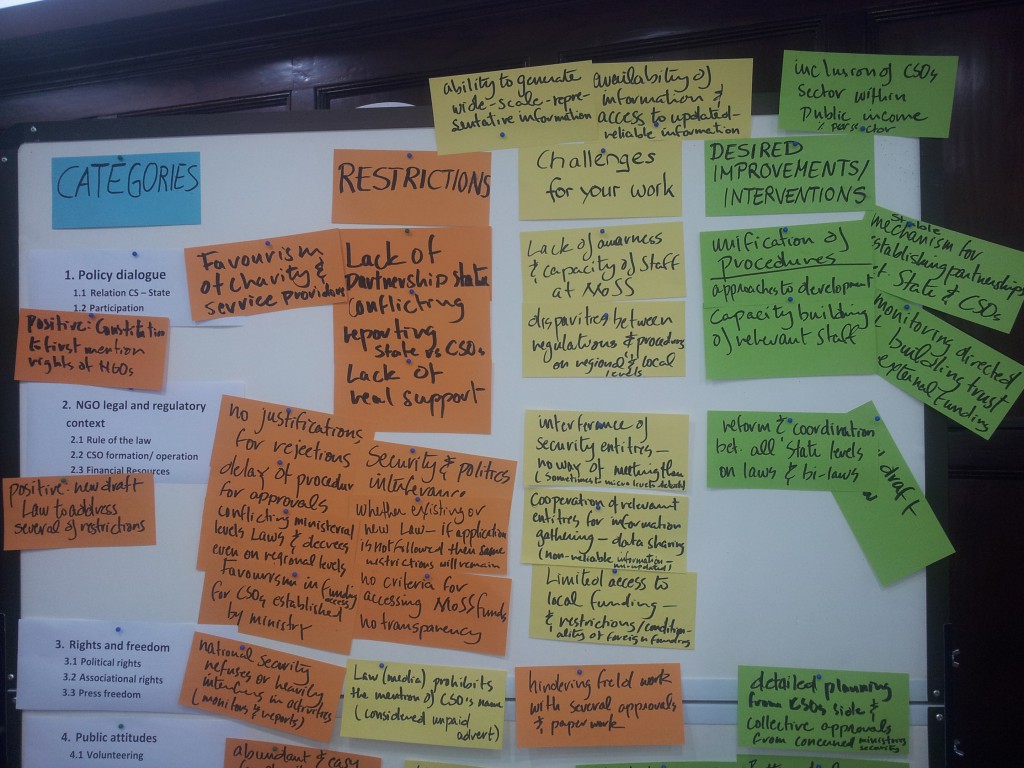 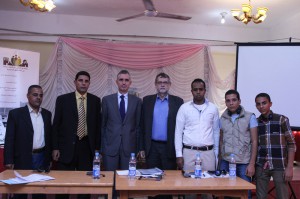 Council group from the EU Council made of representatives from all the Member States visited Egypt for two days in early December. They made a visit to a PDP informal area to see the challenges faced by the many communities living in informal areas in Greater Cairo Region.

On 3 December the group of 35 visitors together with representatives from the EU Delegation and PDP visited Geziret El Dahab in Giza to visit the youth centre recently upgraded by GIZ. The Group, led by Mr. Reinhold Brender, Deputy Head of EU Delegation in Cairo were able to visit the upgraded library, see the enhanced sports facility and also hear from youth representatives who sit on the local area dialogue committee which was established through the PDP

*The Maghreb is made up of three North African countries: Algeria, Morocco and Tunisia. The Mashreq comprises four eastern Mediterranean states: Egypt, Jordan, Lebanon and Syria.