August 26th, 2015 – Bridging an existing opportunity divide between different youth groups, i.e., a gap between those who have access to the skills and training they need to be successful, and those who do not, was the main concern of youth participants in a round table meeting organized by the GIZ’s Participatory Development Programme in Urban Cairo (PDP).

Youth participants in the discussion were mostly from different populated unplanned settlements residing at the heart of Cairo including al Warraq, Masken Geziret el Dahab and Ain Shams. They all made part of a 2011-2013 PDP youth fast track measure where youth were included in decision-making processes and became representatives of the youth residents in their community. They met with Egyptian AUC students representatives of the Hult Prize Foundation, which is a not-for-profit organization dedicated to launching the world’s next wave of social entrepreneurs.

They all agreed that bridging the opportunity divide goes a long way beyond just offering youth from different social backgrounds and different settings access to training and skills enhancement.  One way to address this divide is to facilitate an active interaction and networking between youth groups, university students, Ngo members, and young development activists. Supporting youth groups to get exposure exchange expertise and collaborate was seen as imperative to create momentum and induce deep impact.

“We would like to create an Egyptian national version for the Hult prize that is more inclusive offering the opportunity for youth from all walks of life along with university youth to collaborate in developing innovative social enterprises to address real needs for real people”, said Alyaa Younis, Hult prize campus director, who is also an AUC student studying towards a Master’s degree in public health.

“Social entrepreneurs need more than just great ideas or innovative approaches and inventions. If they really want to create change in local communities, they have to have a solid understanding of people’s real needs and to empathize with their pain” said Bassem Bahnan, a young development activist from al Warraq locality. Along with a team of dedicated youth, Bassem has been involved in the past year in developing an innovative health insurance cooperative to provide people in his community with low cost, high quality, health services.

With more than 29% of Egyptian youth being unemployed and an existing deficit in quality jobs for aspiring and motivated youth, social entrepreneurship is seen as an opulent resource for youth to create employment opportunities for themselves. According to a recent the Population council’s study; “Panel Survey of Young People in Egypt (SYPE) 2014”, the percentage of both male and female youth who were employers or self-employed increased to 13.3% of employed males and 5.7% of females in 2014 compared to 3.7% and 3.2%, respectively in 2009.

In the past 5-10 years social entrepreneurship activity has risen notably in Egypt. Institutions such as Ashoka, Synergos, Nahdet El Mahrousa and Etijah have established physical presences in Cairo. Yet the efforts to empower youth through social entrepreneurship have remained limited in scope and restricting accessibility to elite groups and networks . In terms of the barriers to entrepreneurship, the lack of counselling and advice, followed by lack of business information, represented the two most common challenges that young entrepreneurs reported in the 2014 SYPE research.

The roundtable meeting makes part of a new phase of PDP youth measure that is being designed and structured in close collaboration with youth groups to introduce a social entrepreneurship culture that will support them address existing socio-economic and environmental chronic problem in local communities, while creating employment opportunities for themselves and their counterparts in the process. The measure, which is composed of a series of training workshops, in addition to close coaching and mentorship, seeks to develop an enabling environment, connecting youth to Government officials and businesses. Involving different groups of youths from all walks of life with a wide variety of educational backgrounds and life expertise in the design and implementation of the different social enterprises can, as youth agreed, add value and improve the design and development of these enterprises as well as provide youth with access to information and connect them with wider social and professional networks. 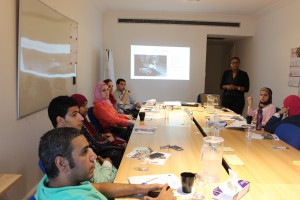 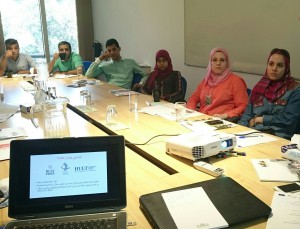 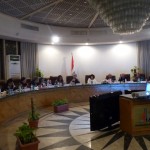 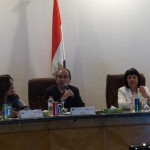 The workshop took place during 11th and 12th August 2015 in Pyramisa Hotel. The main goal of the workshop was to orient 14 grant beneficiaries who received EU grants through GIZ – PDP under the first call for proposal about the closing procedures of their actions and how to submit the final report. The workshop covered explanation of the final narrative report template, sources of verifications, visibility requirements, financial closing procedures and clarification of the final request for payment. GIZ – PDP also presented the common mistakes on previous reports and lessons learned. The workshop was attended by 31 participants representing 14 grant beneficiaries.

GIZ – PDP conducted a five days training workshop on “Monitoring and Implementation ” for EU grant beneficiaries under 2nd CfP. The workshop was conducted from 16th till 20th of August 2015. The workshop helped participants on How to manage their projects? How to set up financial control system? How to develop their procurement plans? How to maximise their visibility with target groups and Assist the participants with reporting requirements.The workshop was attended by 53 participants representing 19 EU grant beneficiaries, their co applicants and affiliated entities. Besides, representatives from Ministry of Social Solidarity have attended the workshop. 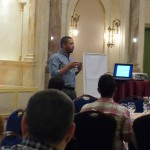 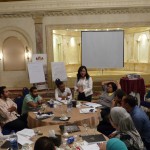 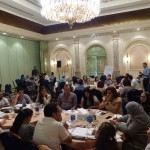 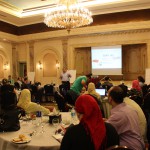