From November 3rd to 6th 2008  a PDP delegation attended the Fourth World Urban Forum in Nanjing, China. The meeting, organised by UNHABITAT is a bi-yearly international event that aims to bring together urban development experts, representatives of national and local government, NGOs, as well as participants from the private sector, organisations, researchers and consultants.

The theme of this year’s forum was “Harmonious Urbanisation: The Challenge of Balanced Territorial Development”. Over 3,000 participants from 170 countries took part in the gathering. Over the four days, a diverse program of three plenary sessions, six dialogues, 73 networking events, 70 Habitat Seminars and 23 training sessions ensured that participants had extensive opportunity to launch global reports, present best practice measures, discuss and evaluate news, policies, research and innovation in urban development, and to introduce new tools and methods in urban policy development. 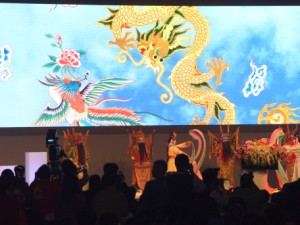 At the Exhibition Center, 76 stalls presented innovative approaches, success stories and lessons gathered from international development approaches in the world’s urban environments. The German Government had a comprehensive stall that exhibited the work of all German development institutions, such as BMZ, GIZ, KfW, InWent, DED, CIM, as well as that of various German research institutions. At the stall, PDP introduced its toolkit for participatory informal area upgrading in Egypt in presentations offered to interested visitors.

The World Urban Forum showed that urban planning is still considered a pivotal tool of urban development, particularly in the effort to advance rural-urban balance. Importantly, participation remains a key concept of development cooperation and there seems to be a strengthened focus on participation in governance processes in particular. Experts at the forum engaged in a lively debate about decentralisation in the context of globalisation, as well as the pronounced importance of cities and governorates in relation to nation states and national development contexts. There was a general agreement to pursue policies that work towards maximising the value cities offer – particularly in the context of equity, social inclusion, safety, employment and cultural continuity. PDP’s Participatory Development Programme in Urban Areas was able to make a timely contribution to these global urban development efforts and demonstrated that the tools developed in Egypt are both useful and innovative in a global context. 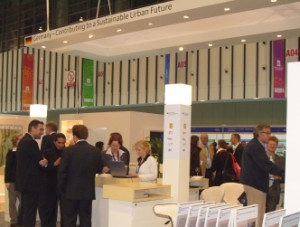 The German Government’s stall at the Forum, exhibing German contributions to a sustainable urban future