Loading
PDP’s 2nd Stakeholder workshop in combination with the 3rd Advisory Board for Climate Change in Cities (AB-CCC), May 05, 2015
June 24, 2015 in General, NEWS

On Tuesday, May 05, the Climate Change Component of the Participatory Development Programme in Urban Areas (PDP) organized the 2nd Stakeholder Workshop in combination with the 3rd Advisory Board for Climate Change in Cities (AB-CCC) in order to follow up the piloting of several small scale measure for better climate change adaptation in Ezbet el-Nasr as well as encouraging a vibrant and fruitful knowledge exchange between relevant actors in the field. The half-day event that took place in Flamenco Hotel in Zamalek brought together stakeholder from various institutional settings, namely representatives of academia, national and local authorities, civil society, public research centres, development cooperation, NGOs and the private sector.

The importance of further pursuing climate change adaptation activities in the context of informal settlements was expressed in an initial opening speech by Ms. Shahira Abdel-Raziqon behalf of the Ministry of Urban Renewal and Informal Settlements (MURIS)  – PDP’s new political partner and by Mr. Hisham Eissa on behalf of the Egyptian Environmental Affairs Agency (EEAA). In the following presentation Johannes Lueckenkoetter of Plan and Risk Consult and PDP’s partner for developing and implementing a comprehensive adaptation strategy, explained the scientific approach upon which the 9 small scale measures have been developed.

The scientific elaborations were followed by May El-Ibrashi’s representation of the current status-quo of implementing the small scale measures in Ezbet El-Nasr as part of MEGAWRA’s local consultancy. The audience got informed that the community of Ezbet El-Nasr will realize the implementation of façade plastering, painting and planting as well as covering roof tops and streets for better sun shading after designing the respective measures in a participative manner in the following Catalyst Event.

With regard to the idea of mutual exchange and knowledge transfer upon which the AB-CCC is based, participants were given the chance to discuss and further develop the topic within an open discussion round led by Yasser Sherif of Environics as well as in the following roundtables. Many promising ideas were expressed especially concerning institutionalization, integration of different stakeholders and initiation of synergies. In the end of the day, the great success of the workshop was perfectly expressed by Ms. Zizi Assaad, Head of Urban Upgrading Unit Giza, stating that the link between PDP C2’s climate change activities and the role of the Public Authorities was once more made explicit and reasonable. 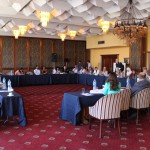 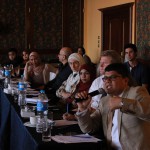 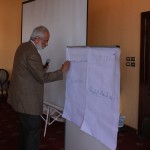 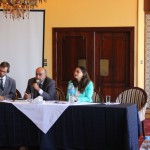 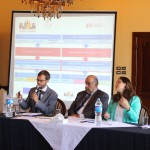 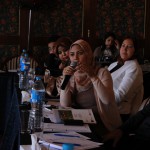 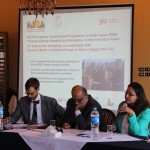 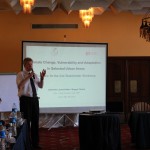